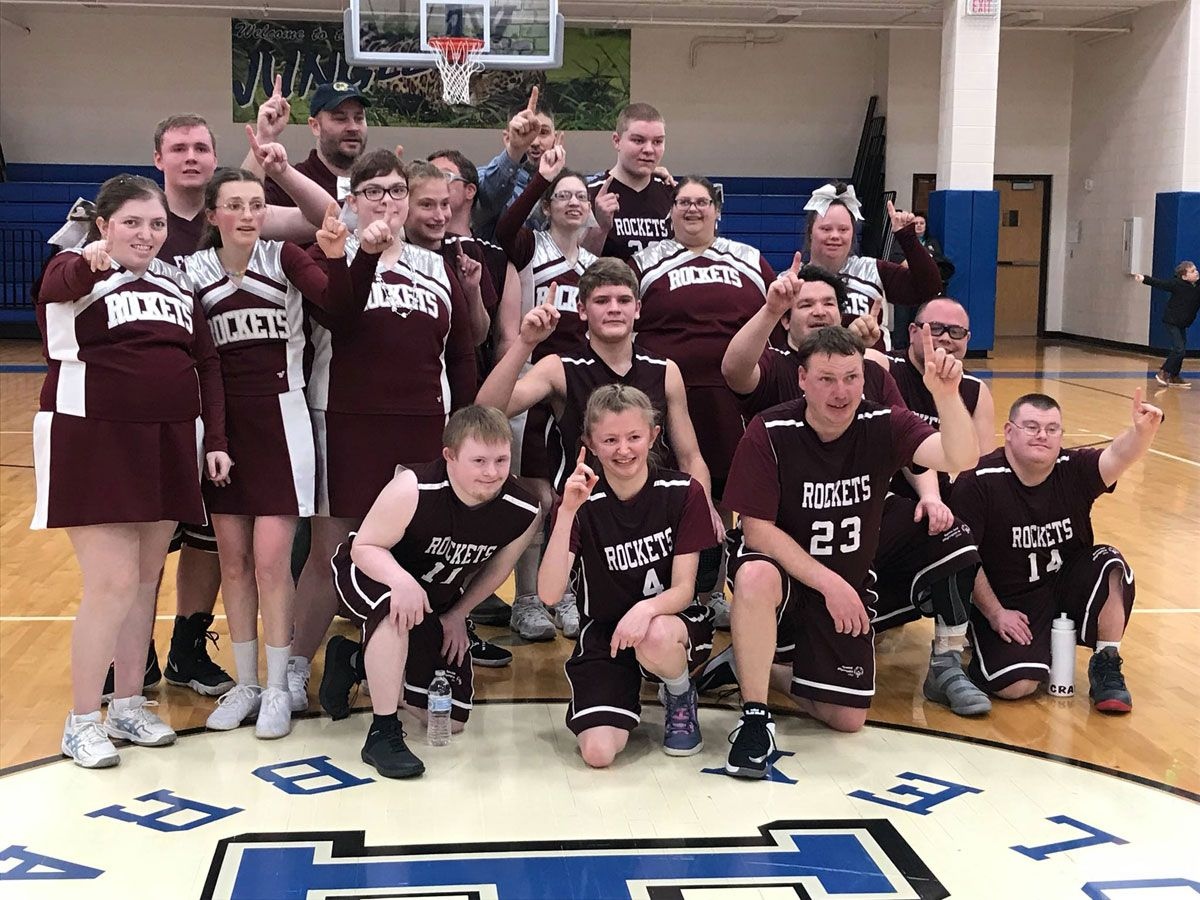 Rockets pumped up for community game after state wins

Tuscarawas County Specials Olympics Coordinator Richelle Lefler says the Rockets Silver and Rockets Skills Team both had stellar showings at the State Championships this past weekend, with the Skills Team earning several medals and fourth-place finishes and the Silver Team claiming the Division III championship title.

Lefler says the athletes are beaming with pride coming off of these victories, especially the Silver team players who bounced back after losing three of their starters.

"The Silver team, in particular, had some various challenges and setbacks here later in the season, so for them to pull together as a team and pull out this victory, it’s just an incredible testament to their resiliency and their determination and their grit," she says.

Lefler says this comes just weeks after the Rockets bowlers grabbed another handful of medals and ribbons at the National Special Olympics Bowling Tournament in Las Vegas.

The Rockets will be back in action Tuesday night at 6:30 for their annual community basketball game at Central Catholic High School. Lefler says this is a fun and friendly competition that will have the Rockets joining forces with special guests from the community.

"That could be staff from the Tuscarawas County Board of Developmental Disabilities or provider agencies such as Advocates for Success or Adult Day Services or Starlight Enterprises, and then also just other community members, board members," she says. "We’ve had principals of local schools, family members of different employees. It’s incredible, and it’s awesome, and it’s just fun."

Admission is free, and Lefler says they’re hoping to pack the stands with cheering fans. The Rockets also have a charity basketball game against area first responders coming up on April 12th and a multi-county friendship game on April 18th. Both games are free to attend and will be held at Strasburg-Franklin High School.