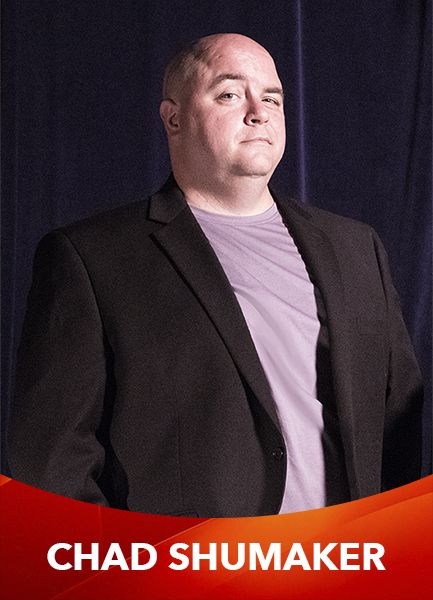 Creation of new programming, keeper of classic TV shows and movies, playlist jockey, camera operator, straight man to Mikey Rogers, host of Back to the Bexley, all around good egg.

Chad spent 22 years educating the youth of Claymont Middle School teaching science and computers. A film geek at heart he spent many of those years running an after school program called Film Study which introduced countless kids to the classics of Hollywood and the techniques of film making. One day the sirens of local TV wooed him to the doors of TuscoTV where he began to create, film, and produce the highly praised "Back to the Bexley" TV program- a ratings juggernaut that promised "good times and bad movies" for all who watched. Tired of finding him asleep in the offices of the stations, the owners offered him a job, which he took, so he could make TV magic.

When not at work, Chad’s life revolves around:

• Watching 80s cartoons with my cats.

• I once sat next to Flav-A-Flav on an airplane.

• I call my mother every night.