NEW PHILADELPHIA - Last week was the kickoff to the high school football season in the state of Ohio, and one of the area’s most noted interscholastic leagues - the Inter-Valley Conference - saw a number of its games carried out in a season affected by the COVID-19 pandemic.

In an exclusive interview with IVC commissioner Don Spinell, I sat down and asked the commish what people should expect from the league for the upcoming season - and how the league got to its current position.

Obviously things are a little bit different going into this season. It's a shortened athletics schedule, particularly in football. What was the general consensus among the IVC and its teams when [Ohio Governor Mike DeWine] made the announcement of what the season would be like a few weeks back?

I'm going to commend each of our fourteen athletic directors in our conference. They were fabulous from this whole process. You know, we got word on a Friday evening that it was going to turn into a [six-game] regular season schedule for football, Week 7 was going to be the playoffs, and then you can opt out of the playoffs if you wanted to and then also play games 8, 9, and 10. We’re always on a group text together so we’re communicating each and every day, which has been fabulous because it's a great collaboration with everybody with the great ideas that all of these guys have.

So, we'd had a bunch of text messaging going on, and finally we just said, ‘You know what? We're going to have a meeting tomorrow morning. We’re going to settle this how we want this football schedule to look like,’ and you know the next morning at 8 a.m., all of us were on a Zoom meeting. We hashed it out, everybody had their say of how they wanted their schedule to look like, and we were going to take pretty much the majority,  and the overwhelming majority was, being a true league, they wanted to play the game with the schedule starting with what are Week 5 is, which is a crossover game, so that would be Week 1 and then play our season the rest of way out. The rivalry games would be Week 6. And that's pretty much what everybody went with it and it's been great through that whole process. I'm not gonna lie, it took us about an hour as we talked our way through it.

Being a former athletic director, you always have that one school that you can you’ve been playing non-league for years and years and years, and we didn't want to be able to say we’re gonna take that away, because that's that's a great thing that many schools have going on, and they had the option if they wanted to play that one non league team that they played for years...and then bless them all, they stuck with the schedules so it was all crossover games this past weekend. Many of the games did not finish on the same night it started, but that's part of the weather, and hopefully it gets better from here on out.

So you talked about having that meeting right after the announcement, and for some schools may have wanted to kind of be more reserved with their scheduling and maybe not even come back for the season, what were some of the things that you and the committee heard in the argument between both sides?

Well, some of them wanted to play their first six games, and just be done with it. That way they didn't want to take away what they had, and then they'll have their open week be Week 7 when they go to the playoffs. Maybe that school is going to opt out of the playoffs, and nobody's made that final determination now, about whether they're all going to join in but but that was that was just a few of them that mean the overwhelming majority was we’re a league, and we want to be able to honor our kids with a league title. We wanted to be able to honor our kids with an IVC selection. That was the overwhelming choice, and that’s what we went with. And I think, personally, that was the absolute right choice for what our league is all about.

So, going into the season with the six-game schedule and the potential for postseason afterwards, and every team being eligible for the postseason state of Ohio this year, how many would you expect to opt into the postseason and what do you think - in terms of the Inter-Valley Conference - how many teams do you think you will decide to just be like ‘You know what? We got our six in, we’re going to play a couple more, and that's it’?

I think a lot of it will be determined how well their season is going, to be honest with you. I know that, all of our schools have a full 10 game schedule right now, so they've already scheduled those games in Weeks 8, 9, and 10, so that's all good, and in Week 8, maybe they're playing another playoff game, so that could be that way and then [the game that] just was originally scheduled just in case there was an upset of some kind, because anybody who beats an IVC squad, we’re gonna consider that an upset, right? [chuckles]

It would be good that way, so all of our guys did really, really, good. They got a full schedule so, everybody’s gonna play ten games, and everybody goes ‘Why six games?  Why did the state come out and say, you can play six and then we're going to have this football playoff?’ Well, if you know what the transfer rule is, that transfer rule says you can play that first half of the season, then you must sit out the second half of your season .They will be able to [rule] anybody who was transferred in will play the first five games of the season, and then they are done; and then, usually, it is those playoff games and those Weeks 8, 9, and 10...they will not be able to play those either.

This past week was the first slate of games for the Inter-Valley Conference as well as a lot of teams in the state of Ohio. What do you think the consensus was in terms of how these are able to carry out their games? Besides the storms that cause a lot of games you played over the course of two days, do you think that schools were able to adapt to the new conditions and they were doing a decent job of keeping people safe and in check?

Well, all of our coaches of our players understand what the what the system is and how it's going to work. They've been doing it for a long long time, obviously official practice started on August 1st so they’ve been at practice evry day for that long, we have to acclimate our parents a little bit more, and the [Governor DeWine] dropped the bombshell saying you only get 15% of the seating capacity, where everybody knows you can get a thousand more people standing around the stadium, but that isn't how it works, it's all about the seating capacity.

So, what everybody’s done is they're going to give an allotment of tickets to each player participant, and if you’re at a home game, then you have to lot those tickets that you get your 15% of to your cheerleaders and also your band members, because they're going to be a participant of that game.

[The athletic directors] have done a great job, they have been working extremely hard and, I'll be honest with you, I'm sort of in a way glad I retired from being an athletic director seeing what all these guys have to do go through right now just to make this one sport of football happen, and we just had a big cross country invitational Saturday at Claymont, and I know [Claymont athletic director Justin Jones] has really had to make big adjustments on a huge cross country invitational they had there, and run it in waves. They had a [section of runners from large schools] in the morning and small schools in the afternoon, because they had to get those people out, and you're only allowed to have two vouchers per Athlete on those two, so that’s quite a change in that sport also.

My last question to you is, with these teams on the field right now...time, I think, is going to tell whether or not the six-game season will be able to follow through. If a player, a coach, a fan of an Inter-Valley Conference school is watching this right now, what do you think would be the message from you or the committee to ensure that we can work together to make this the rest of the season happen?

Probably the biggest thing would be this: Be safe, and be smart, because cuz you don't want to be that person or that guy who ruins the season for all of his teammates and for his school because you made a bad decision, because you didn't wear a mask, you didn't keep yourself socially distanced. Everything is going well so far with all the practices, now you're playing other teams...do the thing you’re supposed to do. As long as you're doing that, and you’ve done everything on your part to keep everybody safe around you and yourself safe, that's all you can ask for right now. We want everybody to have a full season, because it used to be we want a season, now we want to get greedy, and we want to have a full season. 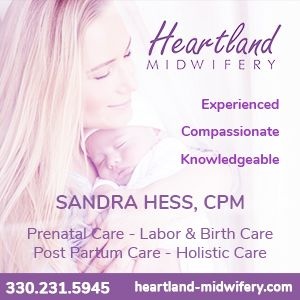