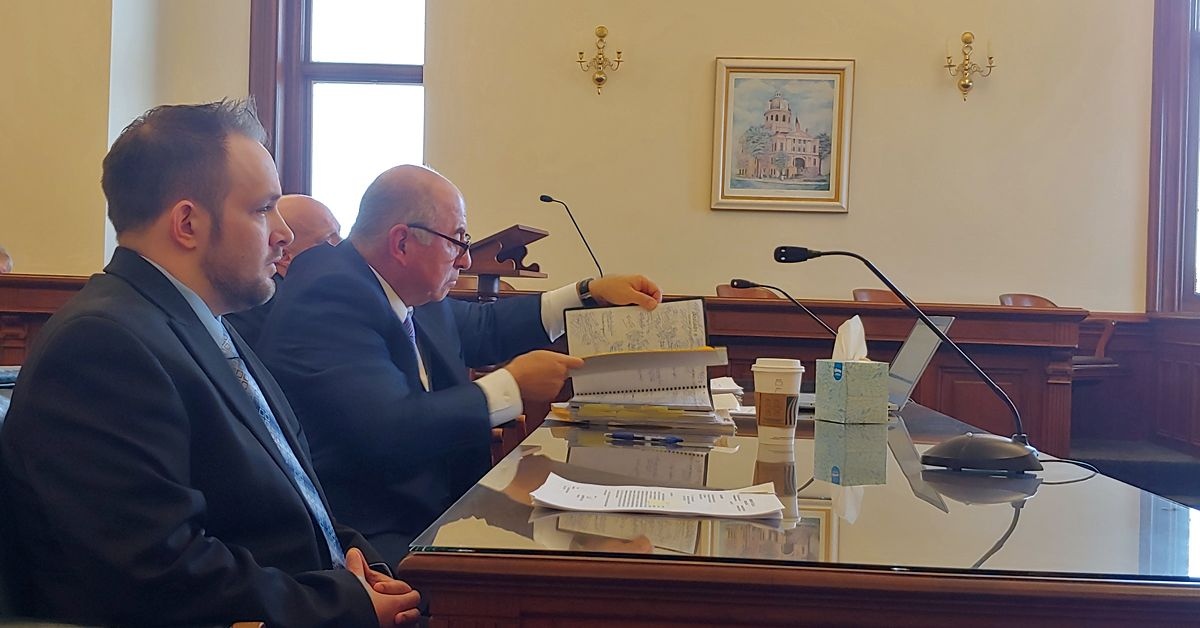 Former Newcomerstown High School teacher Adam Lefler has been sentenced to two years in prison with release after the first year for engaging in a sex act with a 16-year-old student. (Tusco TV)

Ex-teacher gets prison time for sexual encounter with student

NEW PHILADELPHIA (Tusco TV) - A Tuscarawas County Common Pleas Court Judge has kept his word to send a former Newcomerstown high school teacher to prison for engaging in sexual conduct with one of his students.

Judge Edward O’Farrell handed down a promised, two-year prison term when he sentenced 34-year-old Adam Lefler of Midvale Thursday for sexual battery and contributing to the unruliness or delinquency of a minor.

The charges stem from last April when Uhrichsville Police found Lefler in a Uhrichville shopping center parking lot engaging in a sex act with the then-16-year-old student. Lefler’s attorney characterized it as a consensual encounter between two troubled people

“It wasn’t sordid grooming. It wasn’t a sexual predator. It was two people who both had a host of problems, and they enjoyed each other’s company, they made each other feel better in talking about their problems. They were empathetic to one another but unfortunately, the line was crossed.”

O’Farrell disagreed, saying the victim could not legally consent due to her age and Lefler’s status as a teacher.

“The legislature in its infinite wisdom has decided that no matter how mature a young person is, they cannot give consent in that situation. That’s why this is the crime it is.”

The teenage victim also spoke out during the hearing, telling the judge she was tired of the blame and shame and just wanted to put what happened behind her.

“If I have one request, I just want it to be over with. I trust that whatever punishment is given today that it is our best favor. Today, I feel weak but I am strong. A lot of people are still hurting, and I can’t imagine how long it will be until I can trust another guy or male teacher. I am distraught, hopeless, broken and weakened, and I don’t want any apologies, just results.”