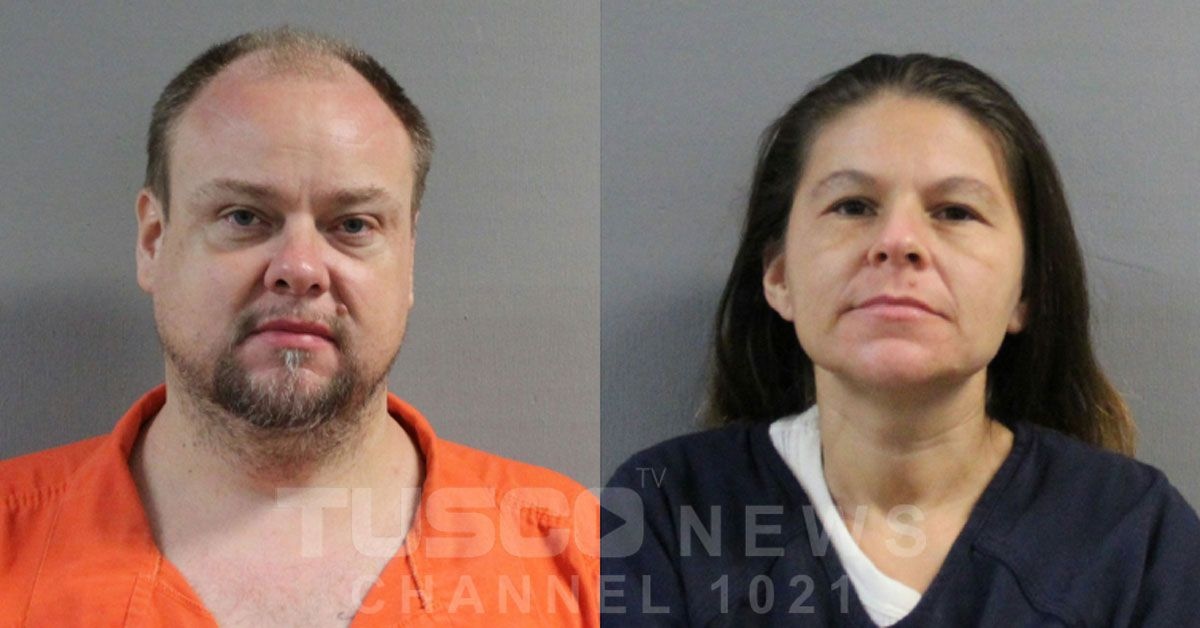 NEW PHILADELPHIA (Tusco TV) - Two Canton residents are facing felony charges in two counties for a string of robberies by a masked man with a machete.

46-year-old Jeffrey Travis was arraigned in Tuscarawas County Common Pleas Court Wednesday on one count of aggravated robbery for the August 21st heist at the Bolivar Speedway, and 42-year-old Heather Ferdin as a co-defendant on one count of complicity. Judge Edward O'Farrell entered not guilty pleas on their behalf and ordered personal recognizance bonds due to them already being jailed in Stark County on charges for two similar heists at a doughnut shop in Plain Township and a convenience store in Perry.

Travis is charged in the Stark County case as a repeat violent offender on counts of robbery and aggravated robbery, and Ferdin is charged with robbery and aggravated drug possession. Travis was on post-release control at the time of his arrest after serving a three-year prison term for robbery and burglary charges. Stark County Sheriff's officials in Canton on August 23rd. He and Ferdin are being held in the Stark County Jail on cash/surety bonds ahead of their arraignment in that county's common pleas court Friday.