CLEVELAND, Ohio - Cleveland Browns head coach Kevin Stefanski, and two additional members of the team's coaching staff, have tested positive for the coronavirus and will not be available for the Browns' upcoming Wild Card round game at Pittsburgh on Sunday, January 10. 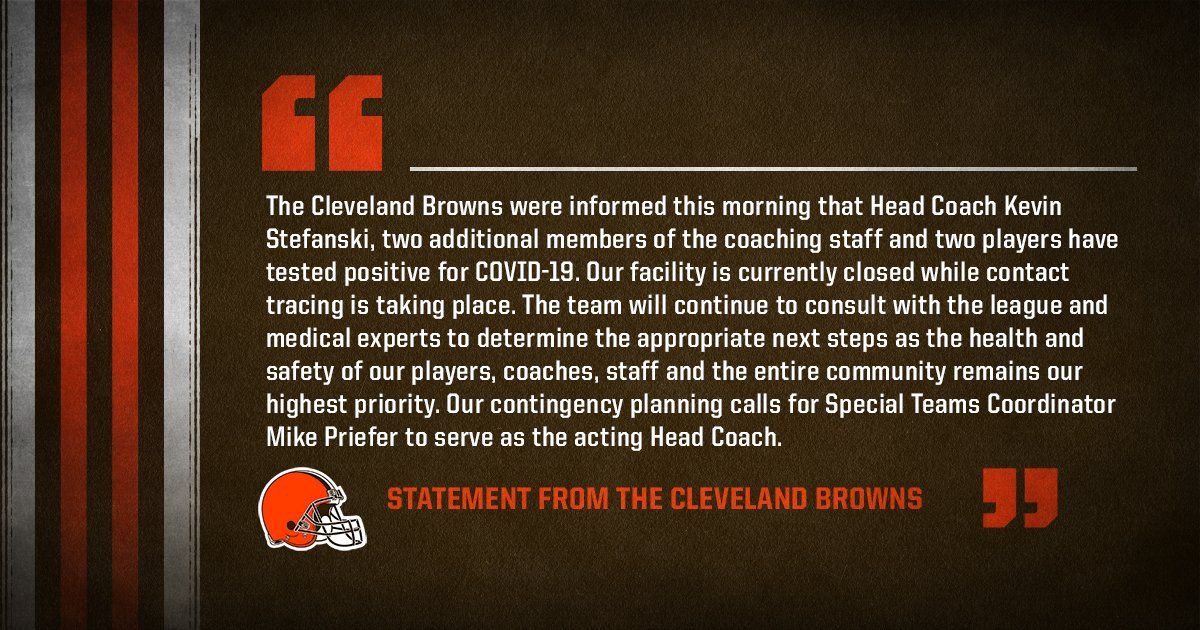 The Browns closed their Berea facilities Tuesday morning while contact tracing takes place, and the team said it would consult with the league and medical experts on the next steps to take.

"The health and safety of our players, coaches, staff and the entire community remains our highest priority," the team said in a statement.

The team had six players on the reserve/COVID-19 list before the announcement, and three assistant coaches missed last Sunday's game against the Steelers.

Bitonio, the longest-tenured Brown since coming in as a second-round pick in 2014, had not missed a game since the 2016 season and is a three-time Pro Bowler.

Hodge, who joined the Browns last season after being waived by the Los Angeles Rams, was part of the wide receiver core that was placed on the COVID list before the Browns' Dec. 27 loss to the New York Jets.