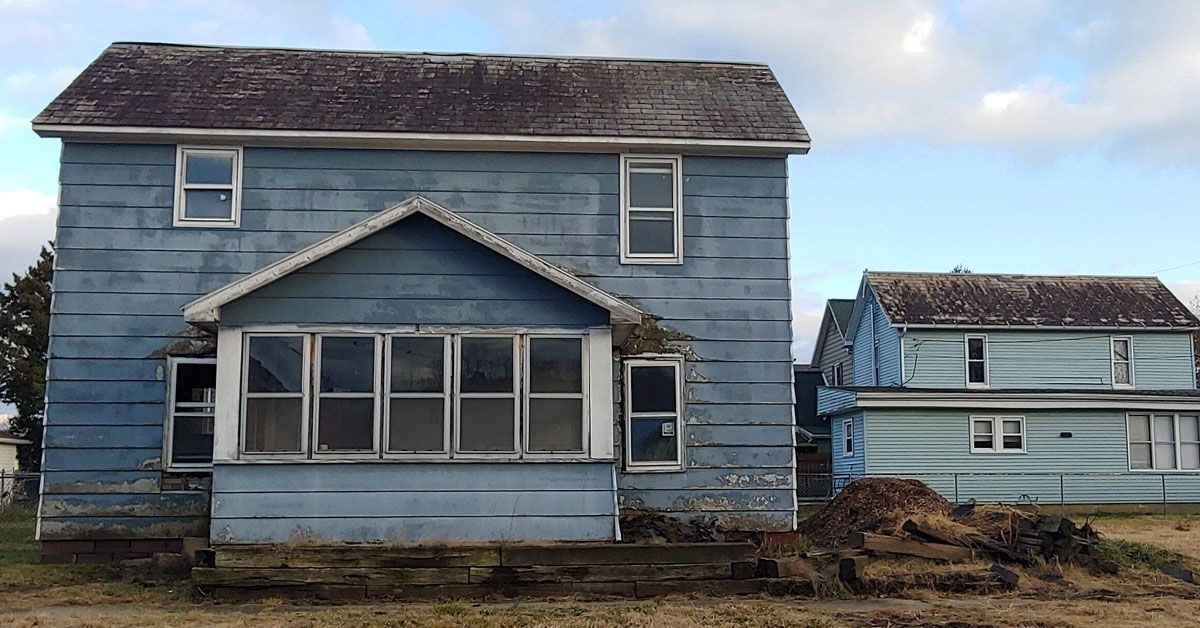 This house in the 300-block of South Wallace Street will be burned to the ground Saturday morning as part of a live-fire training. (Tusco TV)

UHRICHSVILLE (Tusco TV) - Firefighters are letting residents know not to be alarmed if they see them battling a blaze on the west side of town tomorrow morning.

Chief Justin Edwards says the Uhrichsville Fire Department and its mutual aid partners will be taking part in live-fire training at a dilapidated house in the 300-block of Wallace Street. He says it’s a rare chance for area firefighters to get some hands-on, scenario-based training.

"It’s the most valuable. We don’t get an opportunity very often to train this realistic. All of our stuff is done in-house in the firehouse or under theatrical smoke conditions so when we get an opportunity to use a structure this way, to do it the real way. That’s how we learn," he says.

Edwards says the firefighters will train for several hours, then safely burn the structure to the ground. He says they’ll be doing the same thing again at a house in the 700-block of West High in a couple of weeks.

"The first fire should be lit about 8:30 in the morning. We’re estimating it will be done between noon and 1 o’clock, and then the second house, pending permits, will be done on Sunday, December the 8th, the same timeframe," he says.

Edwards says spectators are welcome to come by and watch and long as they stay at a safe distance.