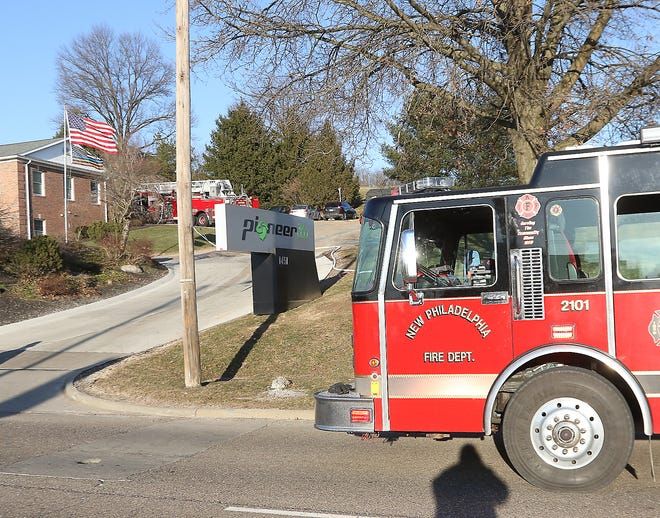 Nobody was injured in the fire, but New Philadelphia Fire Capt. Matthew Graham said the 16-by-28-foot shed was about half-full of contents that were heavily damaged.

Firefighters were dispatched at 4:46 p.m. and a total of 15 responded from New Philadelphia and Dover, along with a Smith Ambulance crew.

The fire of undetermined origin started in a back corner of the vinyl-sided structure and was under control within a few minutes of the firefighters' arrival.

The company, an IT solution provider and telecommunications company, will provide an inventory before any damage estimate is determined for the supplies, records and old equipment.

The shed sustained moderate damage in the blaze.