NEW PHILADELPHIA, Ohio - A 19-year-old Canton man has been charged with aggravated murder in connection to the shooting death of New Philadelphia native Gaven J. Carlisle, 22, on Friday night. 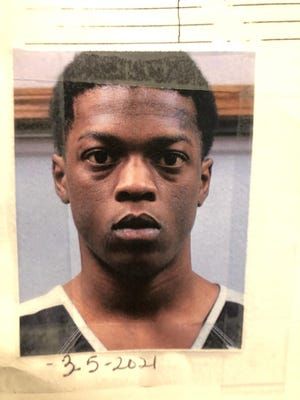 Sajjaad Jahiem Butler is being held at New Philadelphia city jail pending arraignment in the city's Municipal Court, according to Detective Capt. Shawn Nelson, who says Butler arranged to meet with Carlisle to buy marijuana with the intent to steal it.

U.S. Marshals arrested Butler around 3:30 p.m. Friday while the suspect was in a vehicle, according to Nelson.

Nelson also says Butler confessed to the crime, and that police have the gun, bullet, and shell casing from the shooting.

"The suspect admitted at that time he squeezed the trigger and shot the subject," Nelson said.

The shooting occurred last Friday night at 11th Drive NW at the 600 block in New Philadelphia. Police were alerted by a resident who reported hearing gunfire at 12:05 a.m. in the area.

A .752-caliber round that killed Carlisle was fired from a pistol-grip rifle with a shortened version of an AK-47, according to Nelson. The weapon was found with a high-capacity magazine.