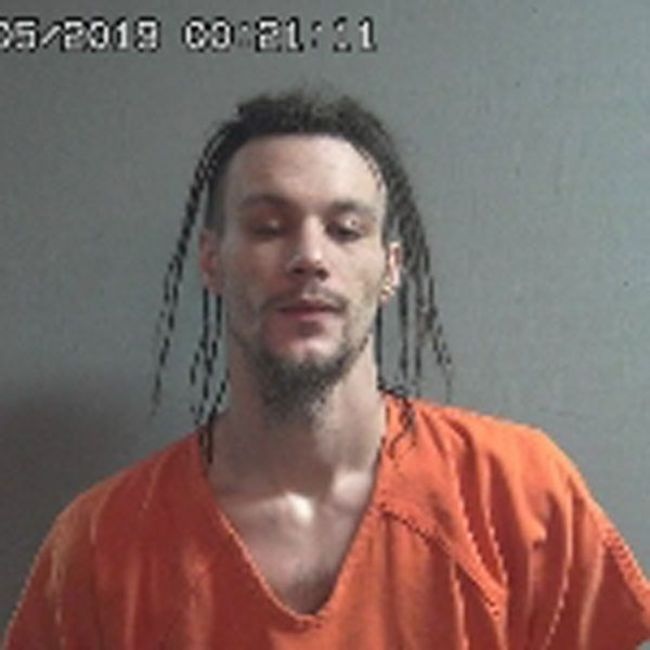 29-year-old Bo Cosens of Uhrichsville has a warrant out for his arrest after failing to appear for a scheduled court hearing.

NEW PHILADELPHIA (Tusco TV) - The Uhrichsville man who bragged in a Facebook live video about having laxative-laced cookies delivered to Claymont’s union picketers now has a warrant out for skipping his latest court hearing.

29-year-old Bo Cosens was scheduled to appear in Tuscarawas County Common Pleas Court Monday for an evidentiary hearing in his felony marijuana possession and trafficking case. Assistant Prosecutor Mike Ernest says Cosens failed to appear, and so Judge Edward O’Farrell issued a warrant for his arrest.

"There was a hearing that was set based upon his attorney filing a motion to withdraw as his counsel of record, and the judge set it for an evidentiary hearing and ordered Bo Cosens to appear. He didn't show up," Ernest says.

Cosens had been ordered to wear a GPS ankle monitor as part of his pre-trial supervision but Ernest says they’re unable to track his location because the device’s battery went dead.

"He’s clearly in violation of his pre-trial supervision by allowing the bracelet to run out but there wouldn’t be even a need to go down that road as far as filing that motion as the judge has already issued a warrant for his arrest so we’ll just wait till he gets picked up," he says.

Cosens and his girlfriend, 25-year-old Rachel Sharrock, were both arrested back in April after their cookie-making demo caught the Uhrichsville Police Department’s attention. The two were initially charged with contaminating a substance for human consumption but prosecutors were unable to find the lab testing necessary to make the charge stick. Sharrock is currently awaiting sentencing after pleading guilty last month to marijuana possession and permitting drug abuse charges stemming from the cookie investigation.