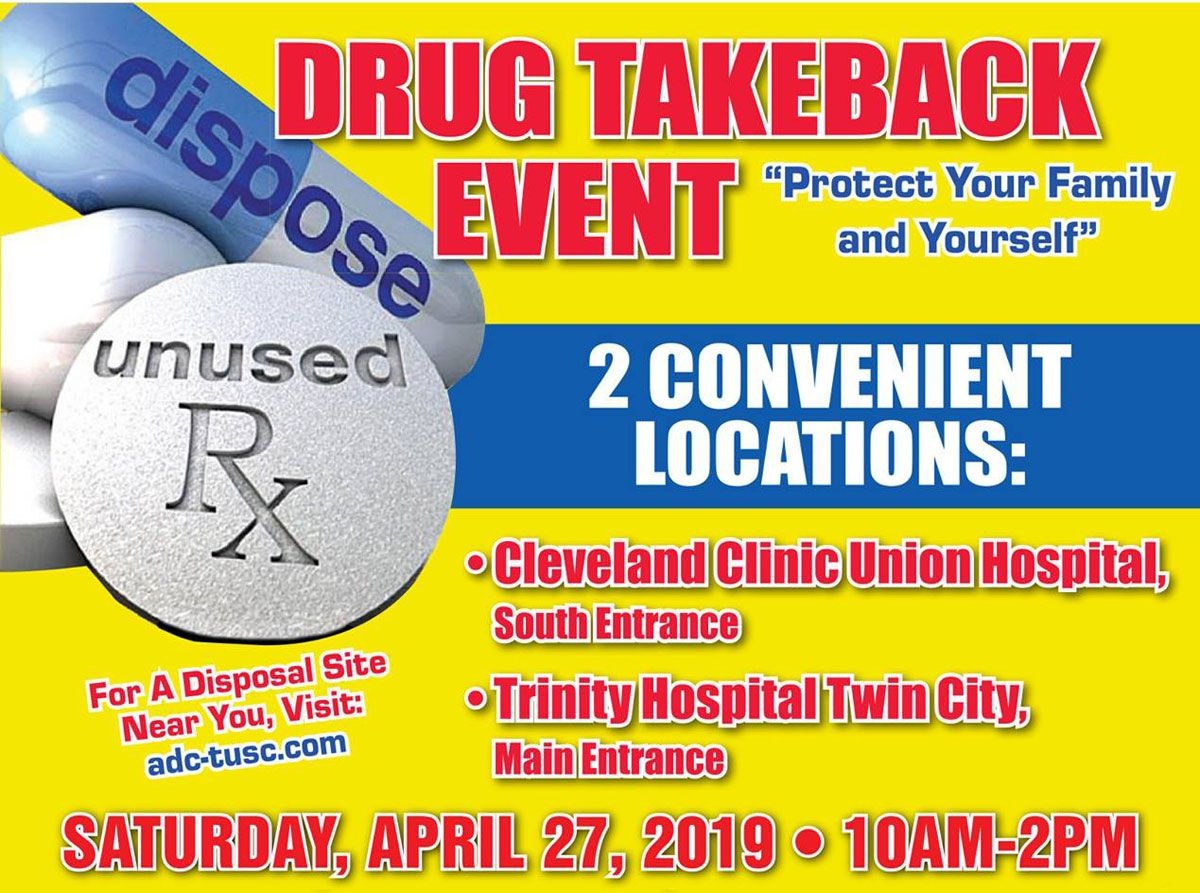 Coalition Coordinator Jodi Salvo says people can bring any unwanted prescription medicines to Cleveland Clinic Union Hospital or Trinity Hospital Twin City Saturday between 10 am and 2 pm to have them disposed of.

"So it’s as easy as you take your unwanted medications, just drive through the hospital. You’ll see signs for the take-back event. There will be somebody from the coalition, and you’ll see an officer that’ll be at the event, and you just drop off your medications," she says.

Salvo says people can bring any type of prescription medication, although she says their main focus is on keeping opioids from falling into the wrong hands and causing addiction.

"From the anti-drug coalition, we truly want substances of abuse. That’s kind of where we sit, however, we have a great partner of Stark-Wayne-[Tusc] recycling. We just really want community members to dispose of medications properly, and that’s also very healthy for our environment," she says.

Salvo says this collection is completely anonymous so people don’t need to worry about removing labels or scratching their name off of the bottles, although she says they are still free to do so if they would like.

"Just to let everyone know how it works is your medications when you drop them off at the take-back or in the permanent boxes, they go right into a bin and we have litter control and they take the medications and they take them up to an incinerator up in Cleveland, no questions asked," she says.

Salvo says people can also dispose of unwanted prescription drugs year-round at their six permanent drop-off location in Tuscarawas County. (Those are located at the county sheriff’s office and the police departments in New Philadelphia, Sugarcreek, Strasburg, Newcomerstown, and Dennison.)

"The two that are open 24/7 are the Tuscarawas County Sheriff’s Office and New Philadelphia Police Department, but we also have permanent boxes in Strasburg, Sugarcreek, Newcomerstown and Dennison all in their police departments as well," she says.