Dover Mayor Homrighausen vows to remain in office; council to launch investigation into his ability to perform duties

At Monday's city council meeting, Homrighausen opened the meeting by responding to the request from council members that he resign from office.

The longtime mayor called into the council's Zoom meeting to address the committee as a whole.

"I'm in attendance tonight to fight for Dover's future as I always have," Homrighausen told the council. "I simply served the city of Dover and its citizens beginning as a Dover Jaycee, as a councilman and now as your mayor. I am the elected mayor and will continue to serve as your mayor. 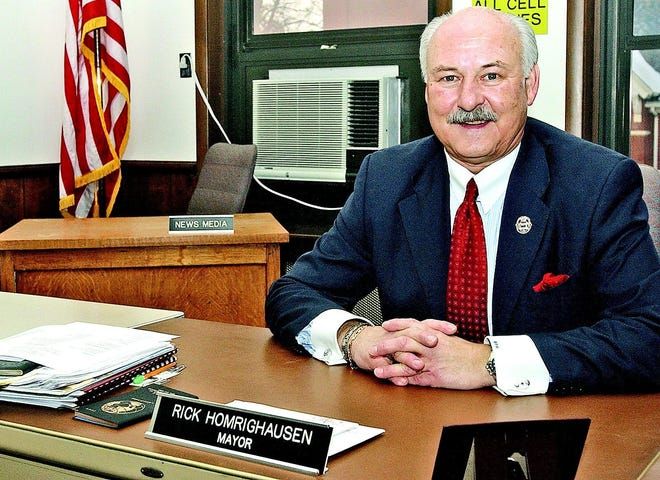 "My experience and knowledge will continue as a major asset for the goals of Dover. I have traveled the country to advance the interests of Dover and specifically Dover's municipal electric system to maintain the system that has served the city of Dover for over 100 years. I have appeared before the U.S. Congress on numerous occasions to protect our municipal electric system. During my administration, city services have been delivered in consistent and cost-effective means for citizens."

Homrighausen then continued: "Dover is a community that prides itself on being the economic engine of our county and a place where many businesses call home.

Homrighausen finished by saying, "Thank you for your time and as I said before, I will continue to be your mayor."

The council will investigate as a whole, according to the resolution, which states, "The committee shall be authorized to fully investigate any aspect relating to the ability of the mayor to fulfill his duties and the actions, inactions or other matters from this past and present as those factors reflect on his continuing ability to fulfill his duties and fulfill future duties and to exercise all authority permitted under ORC (Ohio Revised Code) sections 733.06 and 705.21."

It was during last week that the Dover City Council had issued a signed letter to the mayor requesting he step down from the position he has held since 1991.

Council members also discussed sending the council clerk to Homrighausen's home to get him to sign pieces of legislation that have been approved by council. Several have not been signed, including one to authorize funding, advertise for bids and enter into a contract for the Community Development Block Grant project for improvements to be made to Dover's West Sixth Street.