DOVER, Ohio - All seven members of Dover City Council, as well as Council President Shane Gunnoe, have sent a letter to the city's mayor, Richard Homrighausen, calling for him to resign immediately. 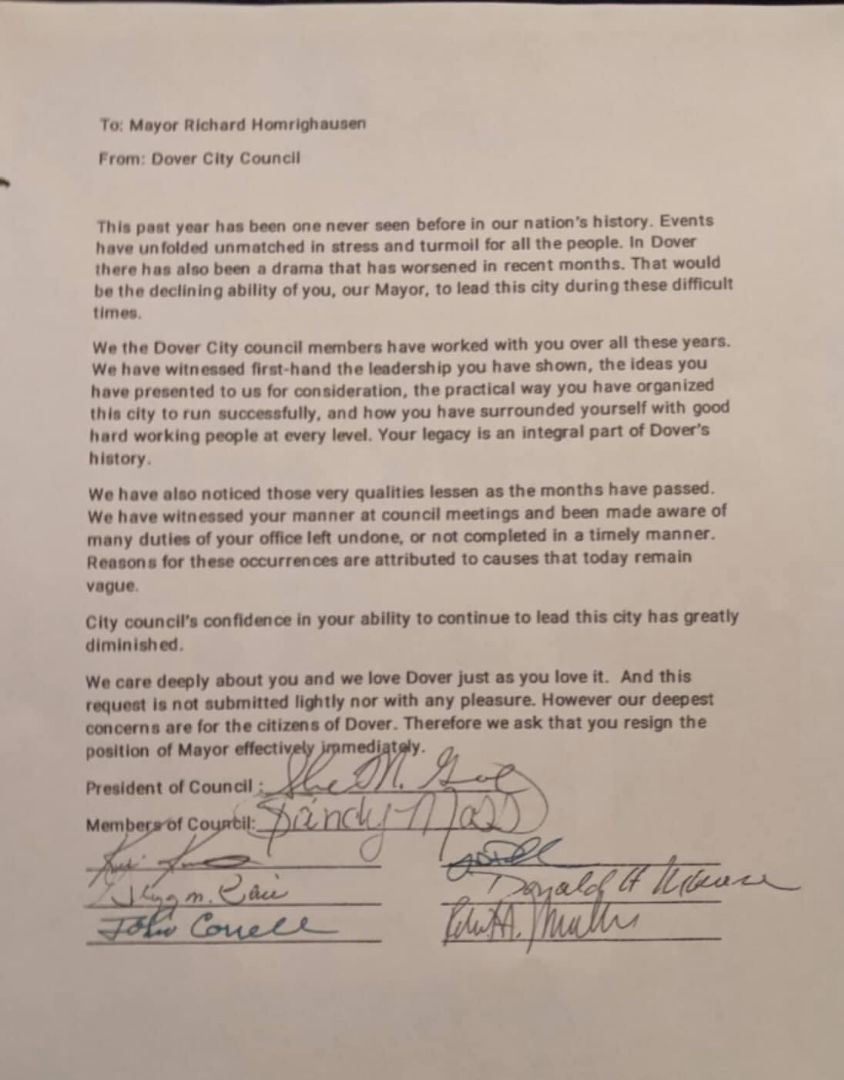 "We have witnessed your manner at council meetings and been made aware of many duties of your office left undone, or not completed in a timely manner," the letter said. "Reasons for these occurrences are attributed to causes that today remain vague."

The council members go on to say that they love their city as much as Homrighausen does and that the letter is "not submitted lightly nor with any pleasure."

"However, our deepest concerns are for the citizens of Dover," the letter continued, "Therefore we ask that you resign the position of Mayor effective immediatley."

When asked for further comment on the letter, city councilmembers declined, citing their awaiting of a potential response from the Mayor's office.

Homrighausen, who was first elected to the position in 1991, is currently in his eighth term, the longest run for a chief executive for the city.

When deer and turkey were extinct in Ohio