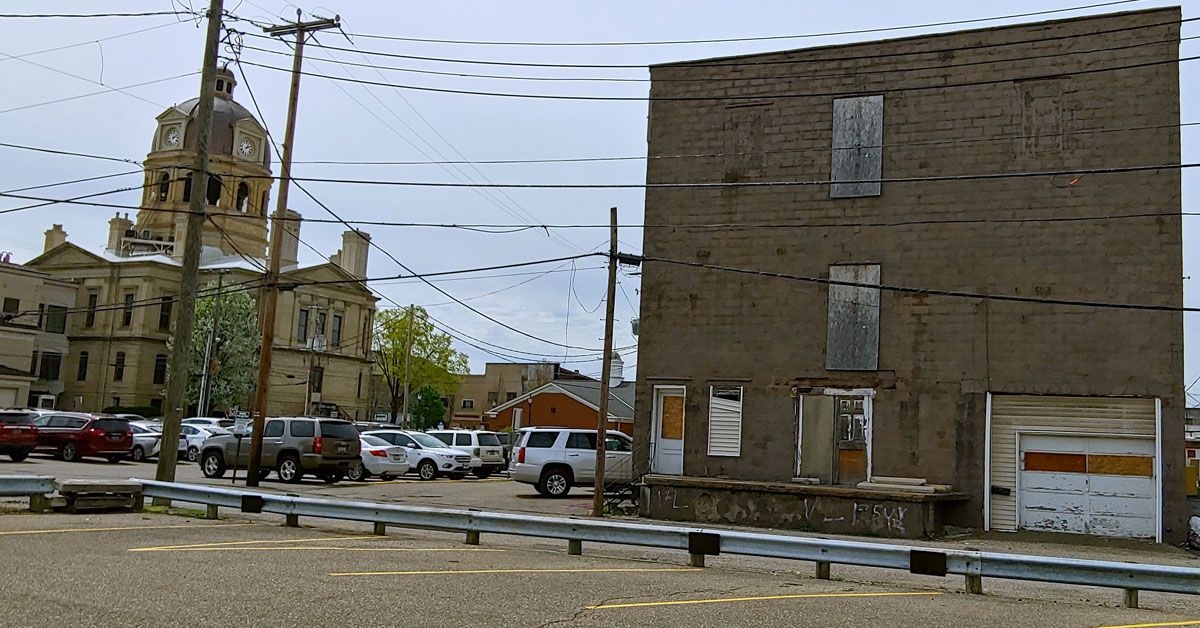 This vacant building on First Drive NE in downtown New Philadelphia will be coming down over the summer. (Photo by Stacey Carmany, Tusco TV)

New Philadelphia, Ohio - Tuscarawas County Commissioners say they’re going to be able to have a vacant New Philadelphia building torn down this summer for less than they expected.

Commissioner Al Landis says Ohio Erie Excavating of Bolivar was awarded the contract to tear down the county-owned building at 160 First Drive NE. Landis says the company’s bid of just under $125,000 was the lowest received at close to $75,000 below the engineer’s original estimate.

"A company in Tuscarawas County was the low bidder, and he came in well under the estimated $200,000 that they had budgeted for the project so we're very pleased," he says.

Landis says this won’t be an easy demolition because of the adjacent parking lots and abutting buildings, but he says it was definitely something that needed to be done.

"Here’s the case where the county is being proactive. The plan is to bring it down in a very safe manner, to do it surgically and not with a butcher block [and] saw type of thing, so it’s going to be quite the project bringing that down," he says.

Landis says they hope to see the project get started by the end of next month. He says space will initially be used as a temporary parking area until they figure out what they want to do with the lot.