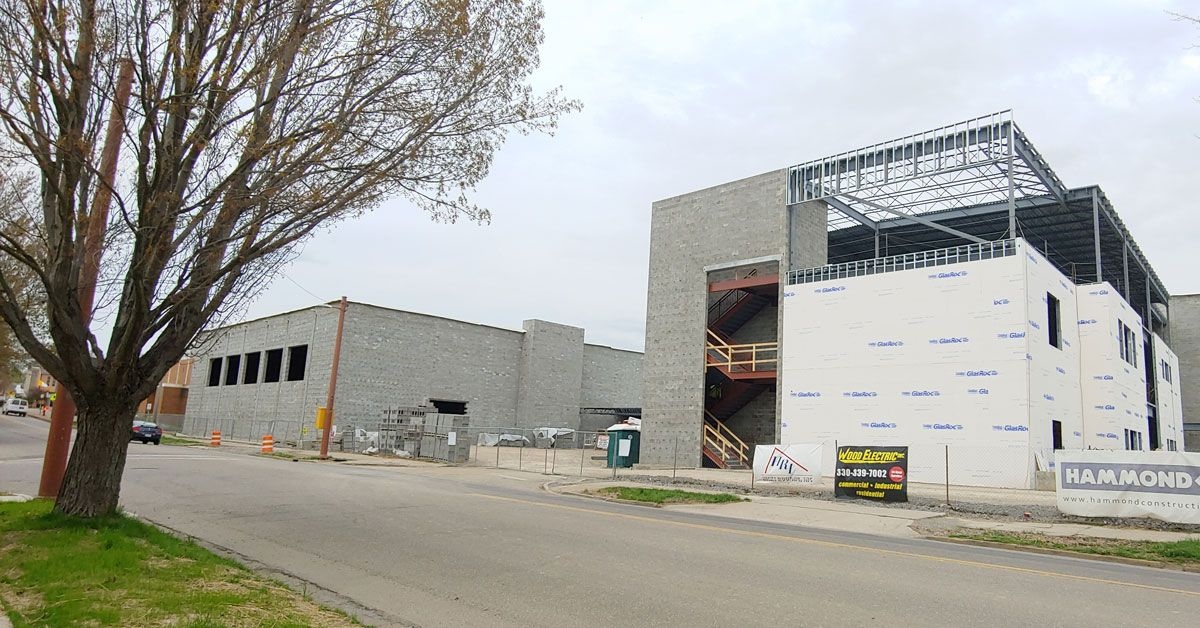 Community members will have an opportunity to tour the new Dover High School currently under construction on May 4th from 9am to noon. (Photo by Stacey Carmany, Tusco TV)

Dover, Ohio (WJER) - Dover school officials say residents can put on their work boots the first weekend in May for an early look at the new high school.

Superintendent Carla Birney says they are opening up the Walnut Street gate for guided tours May 4th between 9 am and noon so visitors can get a closer look at how their tax dollars are being put to use. She says it’ll be a bare bones look at the layout of the future school.

“There will be other areas like the commons area, the west side academic wing, the art wing and the music wing that aren’t event under roof yet, so you’ll see the structural steel that’s in place, but that’s about it,” she says.

Birney says some areas are a little further along, and one special piece is already installed and ready to be displayed just as it will be once the school is finished.

“We have the auditorium under roof. The gym roof is almost complete for the gym and PE spaces. The steel beam that was signed by our students is actually already in place in the choir room,” she says.

Birney says visitors must wear closed-toed shoes and wear appropriate clothing as they’ll be walking through an ongoing construction zone. She says children are welcome on the tour, as long as they are accompanied by an adult.