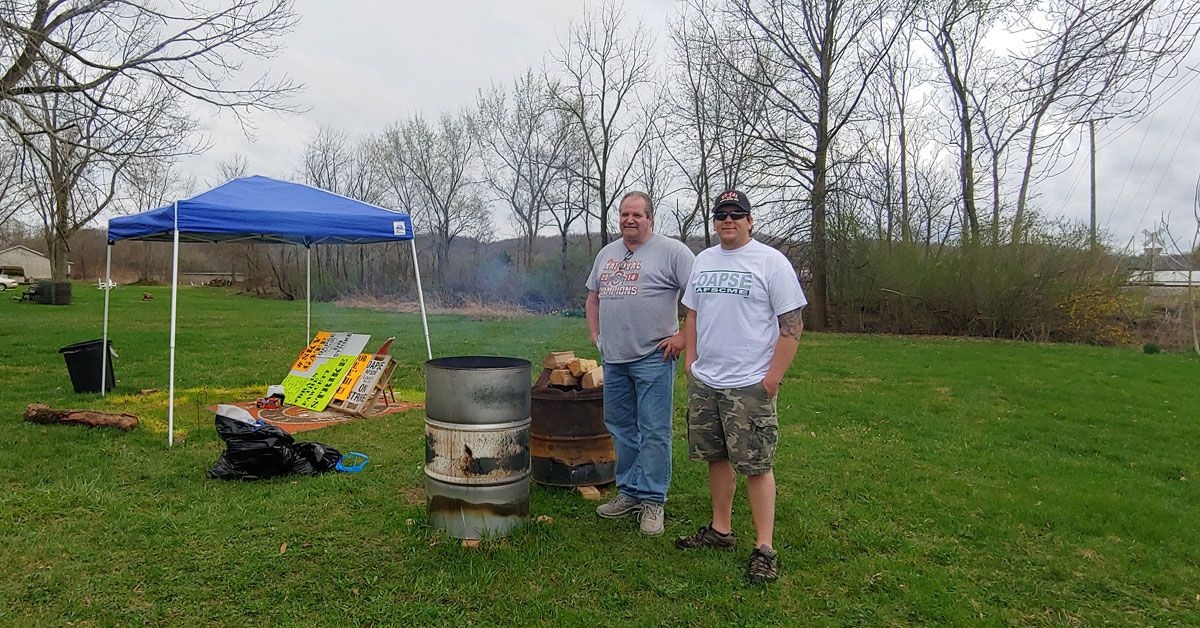 OAPSE Local 390 President Jimmy Maxwell and Vice-President Darrin Castello wait on their burn barrel to smolder to out before packing up the last remanents of the union's more than three-week strike. (Photo by Stacey Carmany, Tusco TV)

Dennison, Ohio - Claymont’s union-represented custodians, bus drivers, cafeteria workers and teachers aides may be heading back to work after more than three weeks on strike.

Ohio Association of Public School Employees Local 390 called off the strike Friday afternoon after its members voted 54 to 27 to approve the school board’s last, best and final offer from March 22nd.

Union Vice President and Claymont maintenance mechanic Darrin Castello says they’re happy to be able to get back to work, although they wish it would have happened much sooner.

“We would’ve been back a lot sooner if their attorney would have had this prepared for us two weeks ago. We could’ve took a vote two weeks ago, and we could have voted then. For whatever reason, they held out and wouldn’t give our union the information to where we had the clarification that we needed,” he says.

Castello says they weren’t able to get things clarified until Wednesday during a session with a federal mediator on Wednesday. He says he’s disappointed with the school board and administration’s lack of compassion for the striking workers.

“You would think at least one of them would’ve said, ‘We understand what they’re feeling. We understand why they striked. We could work on this or that,’” he says. “Not one board member ever came forward with anything.”

Claymont Board of Education President Austin Beckley says the board will be having a special meeting this coming Tuesday at 6 pm to take a vote on the contract. He says he won’t be able to comment on the matter until after that happens.

If the board votes to approve the contract, the workers could be back on the job by the middle of next week. They union had been on strike since March 22nd.