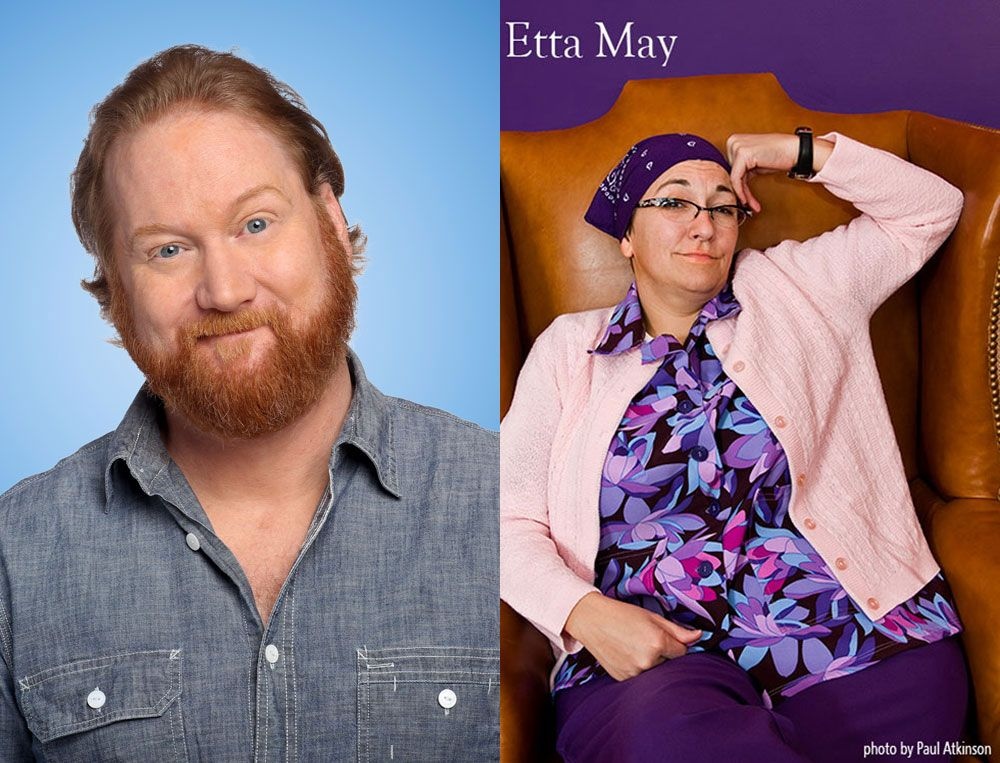 Comedians Jon Reep and Etta May are sure to deliver plenty of laughs when the take the stage at the Performing Arts Center on January 12th. (Submitted photos)

New Philadelphia, Ohio - Stand-up comedians Jon Reep and Etta May will be joining forces to bring plenty of laughs to the Performing Arts Center at Kent State University - Tuscarawas on January 12th at 7:30 p.m.

Jon Reep is the winner of season 5 of NBC’s “Last Comic Standing.” He is known to millions as the redheaded hillbilly in the Dodge Ram commercials who leans out of a beat-up car and utters the now famous line: “That thing gotta Hemi?” Known for his blue-collar comedy, Reep has been on Comedy Central’s “Premium Blend”, the half-hour special “Comedy Central Presents: Jon Reep” and his own special “Jon Reep: Metro Jethro”. He has also been on TBS’s “Pit Stop Comedy”, NBC’s “Late Friday” and CMT’s “Comedy Club” and “Comedy Stage” among others.

Etta May is the winner of the prestigious American Comedy Awards “Comic of the Year” and is hailed as the “Polyester Princess.” The reigning Queen of Southern Sass delivers a high-powered, take-no-prisoners performance full of truth, irony, humor and wisdom. She has appeared on Oprah, Showtime, CMT, CBS Sunday Morning, ABC, Columbia Pictures, and NBC. She also headlines the hugely successful Southern Fried Chicks Comedy Tour and touts a huge fan base on SiriusXM comedy channels.

Free parking is available for all shows. Kent State Tuscarawas is located at 330 University Dr. N.E. in New Philadelphia.