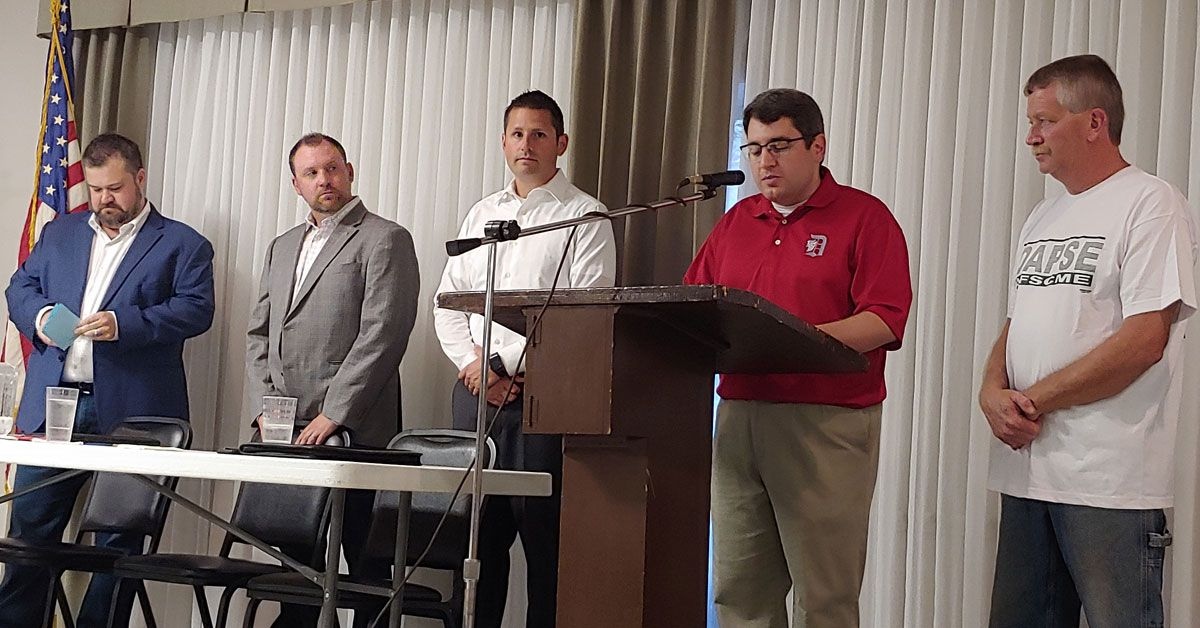 Voters get to know Dover school board hopefuls

NEW PHILADELPHIA (Tusco TV) - Dover school voters are weighing their ballot options for a November board of education race that has three newcomers challenging three incumbents.

Around 150 people attended a union-sponsored Meet the Candidates event Wednesday at the Elks. Longtime Dover resident Betsy Morris says she thought it was a good opportunity to learn about the candidates she wasn’t as familiar with.

The forum had Doug Peterman, Kyle Stemple and Michael Studer fielding a list of pre-screened questions on topics ranging from their qualifications and top priorities to their thoughts on standardized testing. Attendee Bob Feutz says he was most interested to hear the candidates' suggestions for addressing the district’s financial challenges.

"I liked it because it gives me a chance to hear other voices that could be possible for our board of education, and voices are very important for the solution to all of our schools’ problems, and there is no magic wand but if we don’t know the candidates, then we don’t know who we’re voting for," he says.

Incumbents Jeannine Kennedy, John Maxwell and Randy Longacher were unable to attend the forum but submitted written statements highlighting their commitment to Dover excellence and urging voters to say yes in November to Dover’s 6.9-mill emergency operating levy. School district officials will be explaining Dover's current financial situation and the need for additional funding during a community meeting Monday at 7:30 pm in Dover High School Auditorium.