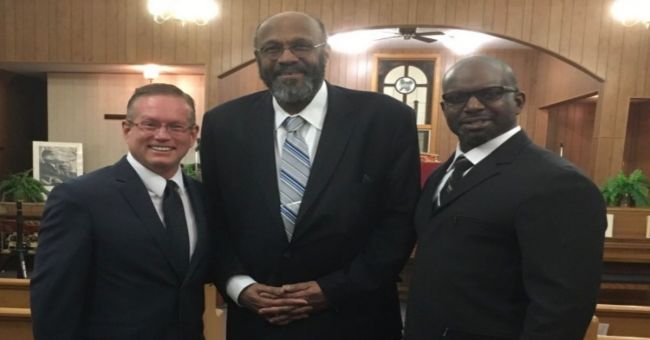 “It was really well received. We were really, extremely honored to have Dr. Marvin McMickles present for the ceremony. He gave an incredibly rousing speech in honor and tribute of Dr. Martin Luther King.”

Fete says that this year marks a change in the celebration as it was renamed the Christopher  Lowery Annual Dr. Martin Luther King Jr. Birthday Tribute, in honor of the event's founder who passed last summer.

“We took the occasion to inform the audience we were renaming the event, after the late Reverend Christopher Lowery, who actually started the program in Dover, back in 1986; and we wouldn’t have that program if it wasn’t for him.”

Fete says the annual tribute filled with musical performances, hymns, and a keynote address was heavily attended by community and civic leaders, as well as members of the public.

Fete says he has served as Master of Ceremonies for the tribute for several years and will likely continue in that capacity for as long as he can.

“Dr. King was a personal hero of mine growing up, and now something I try to impart to my children. I think it’s important that we pass that on to the next generation.”

Dr. Marvin A. McMickle, former President of Colgate Rochester Crozer Divinity School, served as keynote speaker for the evening. McMickle shared a message comparing the story of David and Goliath to Dr. King and the struggles of racial segregation and abuse now and in generations past.

“The important thing about that story wasn’t that David killed Goliath. It was that David went forth to fight Goliath when no one else would. There need to be more Davids in our society who, like Dr. Martin Luther King, are willing to go forward even though they’re facing incredible dangers and difficulties in doing that because that’s how we make a difference in our country.”