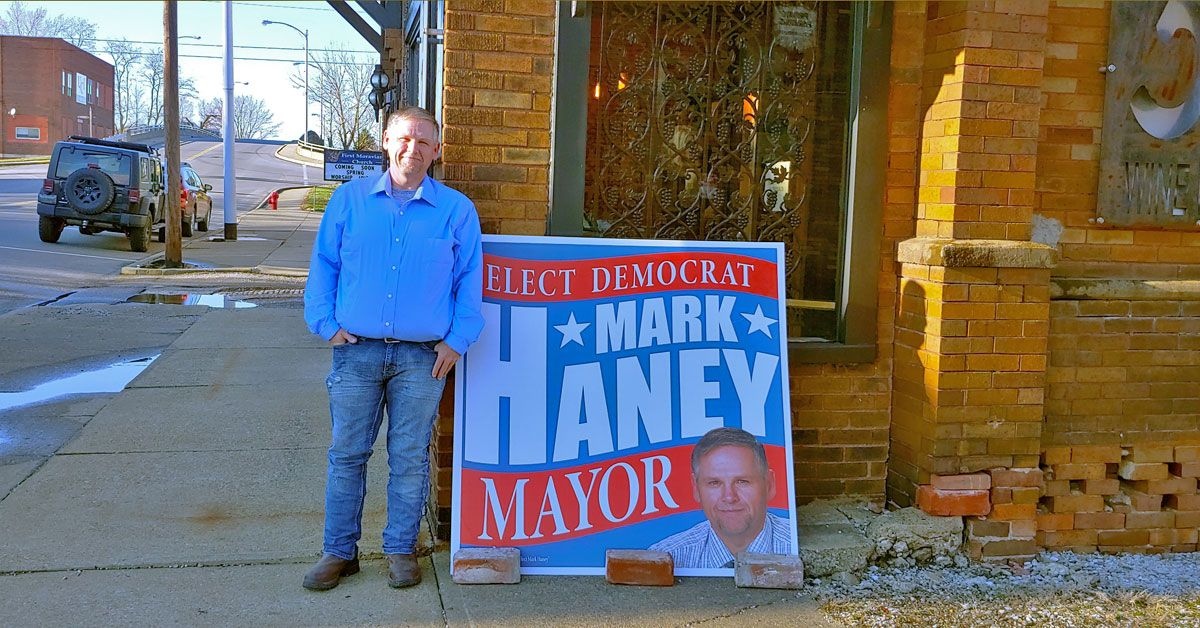 Uhrichsville City Council President Mark Haney kicked off his bid for the mayor's office with a voter meet-and-greet Monday at the 311 Wine Room. (Photo by Stacey Carmany, Tusco TV)

Uhrichsville, Ohio - Council President Mark Haney is gearing up for a ballot rematch against the incumbent mayor.

Haney hosted a campaign event Monday at the 311 Wine Room to kick off his bid against fellow Democrat Rick Dorland in the May 7th primary. He said this was a way to introduce himself to voters and talk about his platform.

“We’re having a little meet-and-greet with some of the residents to talk about my mayoral campaign and kind of lay out what our plans are and what we want to see with the city Uhrichsville in the future with a more transparent government, more listening to the people, more communicating with the people when we have projects, things like that,” he said.

Haney said there are several other big-picture issues he hopes to tackle if his bid for mayor is successful.

“The biggest priority list is infrastructure and some of the issues with drugs and we’re looking at what we can do to improve both,” he said. “I’ve got some people in mind that I think would be well qualified and some people that are diverse enough that probably can generate some money or grant money and find that money and work hard with council to come up with interesting ways to get things done.”

Haney also used the opportunity to weigh in on Claymont’s ongoing labor strike.

“I’ve had multiple phone meetings and discussions with the OAPSE people. I met with some of them on Friday. We talked about some things with what’s going on there. I’ve also had some discussions with some school board members,” he said. “I think, overall, our hope and my hope is we get this resolved pretty quick. I mean, the only ones getting hurt in the end our the kids.”

Tuscarawas County Democratic Party Chair Gail Garbrandt is personally endorsing Haney over his opponent. She encouraged Twin City Democrats to get out and make their voices heard in this election.

“I know this is a down-ballot election cycle, but it is so very important for people to get out and vote,” she said.

The deadline to register to vote in the upcoming election and any file name or address changes is April 8th. Early in-person absentee voting starts April 9th at the Tuscarawas County Board of Elections office.

For more election coverage and candidate interviews, tune into Tusco TV’s Across the Aisle on Tuesdays at 4:30 pm and Fridays at on Channel 1021 and online at tusco.tv/watch.