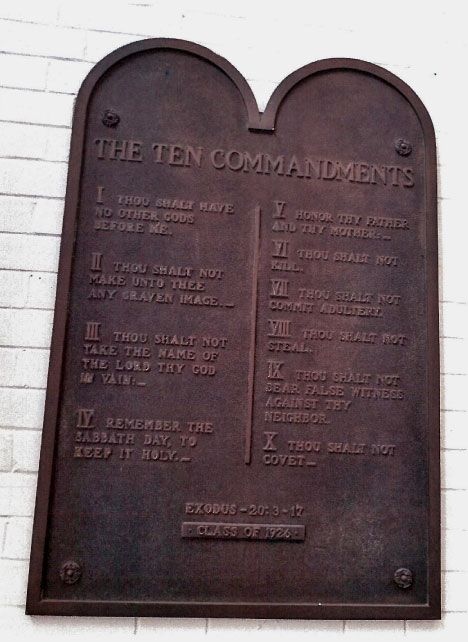 New Philadelphia, Ohio (WJER) - The New Philadelphia City School District is being asked to remove a religious display from Welty Middle School. The Freedom From Religion Foundation of Wisconsin says a parent made them aware of a Ten Commandments plaque on display near the school’s auditorium entrance.

Foundation Attorney Chris Line says they sent the district a letter April 12th requesting the plaque be taken down, pointing to cases where judges have ruled displays like these are unconstitutional.

Line says the district has yet to reply to the foundation, but he is hopeful the school agrees to take down the plaque without an order.

“Obviously, if they choose not to there’s always a possibility in these sort of cases of litigation. We haven’t talked about that at all yet because we always like to give schools a chance to get back to us and respond before we even start considering that,” he says.

New Philadelphia Superintendent David Brand says the plaque was a gift from the class of 1926 and has been on display ever since. He says he understands other districts have removed similar displays to avoid costly litigation.