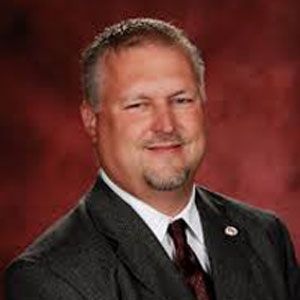 “He volunteered in so many different facets, whether it was here at the school at the school coaching and many aspects in that, and from being on the board at Noah’s Hope and child advocacy, through so many lenses that he touched so many lives,” he says.

Rotary member Carey Gardner says his time with Travis showed how much he cared about his community.

“He didn’t really separate work from pleasure. It was all the same for him, and his work for club projects jived with the work he did for the New Philadelphia schools and the leadership he gave the school district, and I think that really is his hallmark,” he says.

Gardner says this is going to be a tough time for anyone who knew him or worked with him.

“I think everybody’s still in shock right now, I mean just talking a couple days ago, and people get together, I think that’ll be an opportunity. There's going to be a lot of stories told. I think there’s going to be tons of support for the family and from the family for his friends. I think it’s going to be needed by both,” he says.

Calling hours will be from 1 to 3 and 6 to 8 Thursday at NewPointe Community Church. Services will be at 11 am Friday at the church. A memorial fund has also been set up in Alberts’ name at First Federal Community Bank to support the higher education of his three children.