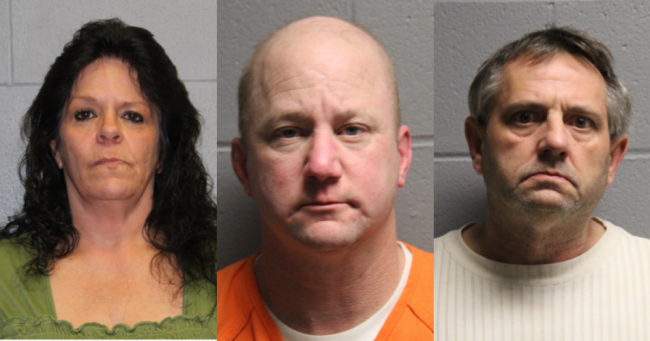 On January 25th, the Coshocton County Sheriff's Office issued a warrant for Aggravated Murder, an Unclassified Felony was issued for Kevin Lee Walters, 50, from the Coshocton area. Soon after the release of the warrant, Walters was apprehended by Barberton Police Department and transported to the Coshocton County Justice Center where he remains today.

On January 21st, 2020, the Sheriff's Office began an investigation into the possible disappearance of a local man. Information about Gilbert Dale Walton, 50, of the Coshocton area, and the possibility of foul play in relation to the disappearance began to trickle in to investigators.

On January 22nd at 2:27 pm, Detectives executed a search warrant on a residence in the 200 block of Biggs Ave. in Conesville, in reference to this investigation. Two adult females and one adult male were initially taken into custody. Also secured at this residence were several evidentiary items including a motor vehicle.

One female remains in custody at this time with her name being withheld pending the filing of formal charges.

This murder investigation is ongoing and anyone with information is requested to contact our Sheriff’s Office.